Get to know Gary Boyd

Back to Team Page 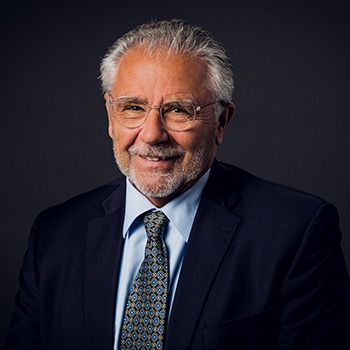 Gary uses his legal background to assist clients in their unique retirement pursuits, specializing in helping them assess their financial needs and formulate strategies that provide long-term income streams.

After spending two full decades managing his own law firm and later starting his own investment company, Gary retired from his law practice in 2009 before friend David Graham convinced him in May 2017 to come out of retirement and join Graham Capital Advisors as an Estate Planner and Accredited Investment Fiduciary. Gary accepted David’s invitation because he wanted the chance to help people work their way through the retirement process while operating under the highest professional ethics and standards.

“It was an opportunity to act as a fiduciary; you were obligated to put the interests of your clients first and foremost,” Gary says. “When [David] explained that to me and how it worked with Graham Capital, I was impressed. I liked the idea. I liked being able to go back to the basics of truly putting the interests of the clients first.”

Gary has lived in Tampa Bay, Florida, since moving to the United States in 1997. He also has maintained homes in Punta Cana, Dominican Republic; San Antonio, Texas; Tigard, Oregon; and Tucson, Arizona.

He is a husband, father to three young men, stepfather to two young women and grandfather to twin grandsons. When he isn’t assisting clients with their retirement objectives, Gary enjoys traveling, physical fitness, gardening and keeping informed with current affairs.

Back to Team Page